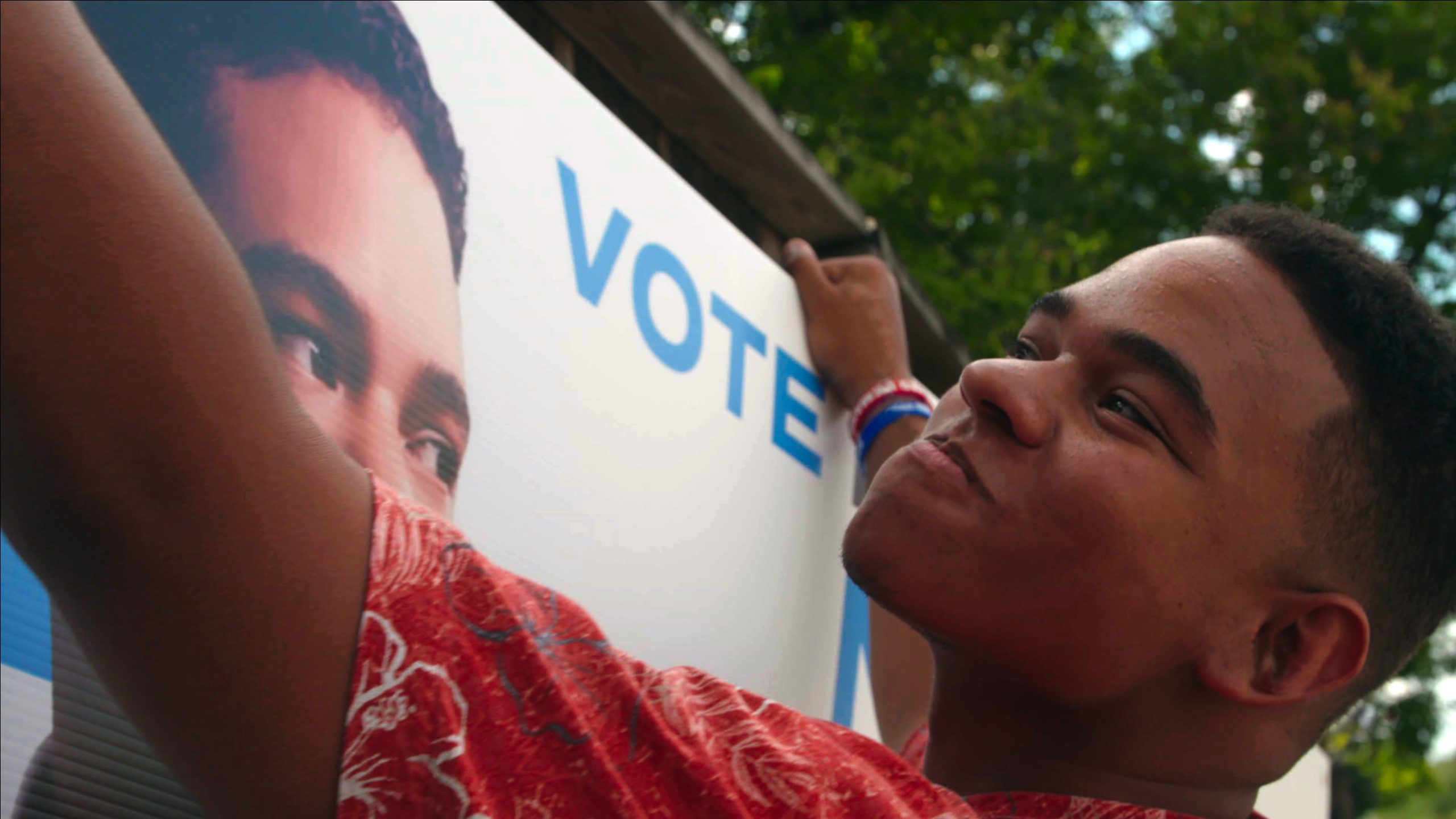 Tenderhearted and entertaining…most alive and authentic…a proof-of-concept demonstration that it might be time to start taking youth activists seriously. – Texas Monthly

A fascinating ride-along…”Ready Or Not” is the third film in a trilogy about Texas politics from documentarian David Modigliani…He and Martinez manage to capture the campaign — a rickety contraption held together by the Krazy Glue of McClinton’s personality and perseverance — in all of its disorganized, cash-strapped glory. – The Houston Chronicle

The most telling moments aren’t on the campaign trail, but seen as Mcclinton puts his life, school, and late teen years on hold…Ready Or Not suggests if one person is encouraged by his energy to get out, get active, and help rewrite America’s fate, well, maybe that’s the biggest win. – The Austin Chronicle

During his senior year of high school, 17 year-old gun violence survivor and activist Marcel McClinton announces his candidacy to unseat a powerful white incumbent on Houston City Council. The son of a Black Army veteran and white German immigrant, Marcel is outspoken, fearless and media savvy, but, as a teenager, can also be naive and undisciplined. He goes to prom, raises money, learns policy – and says goodbye to his friends leaving for college as he faces down the hardball politics in a citywide race. Working class, gifted and righteous, Marcel searches for what it means to be a man – and a leader – through the crucible of his campaign. As the film climaxes, we see the raw political and psychological challenges of young people running for office, as well as the inspirational proof they can make a serious impact.